The latest update to File Explorer on Windows 10 is a speed boost that Microsoft claims will make tasks like file transfers and searching for files snappier. The new design also makes it easier to find specific folders, with the company touting improved search functionality in addition to the faster speeds. 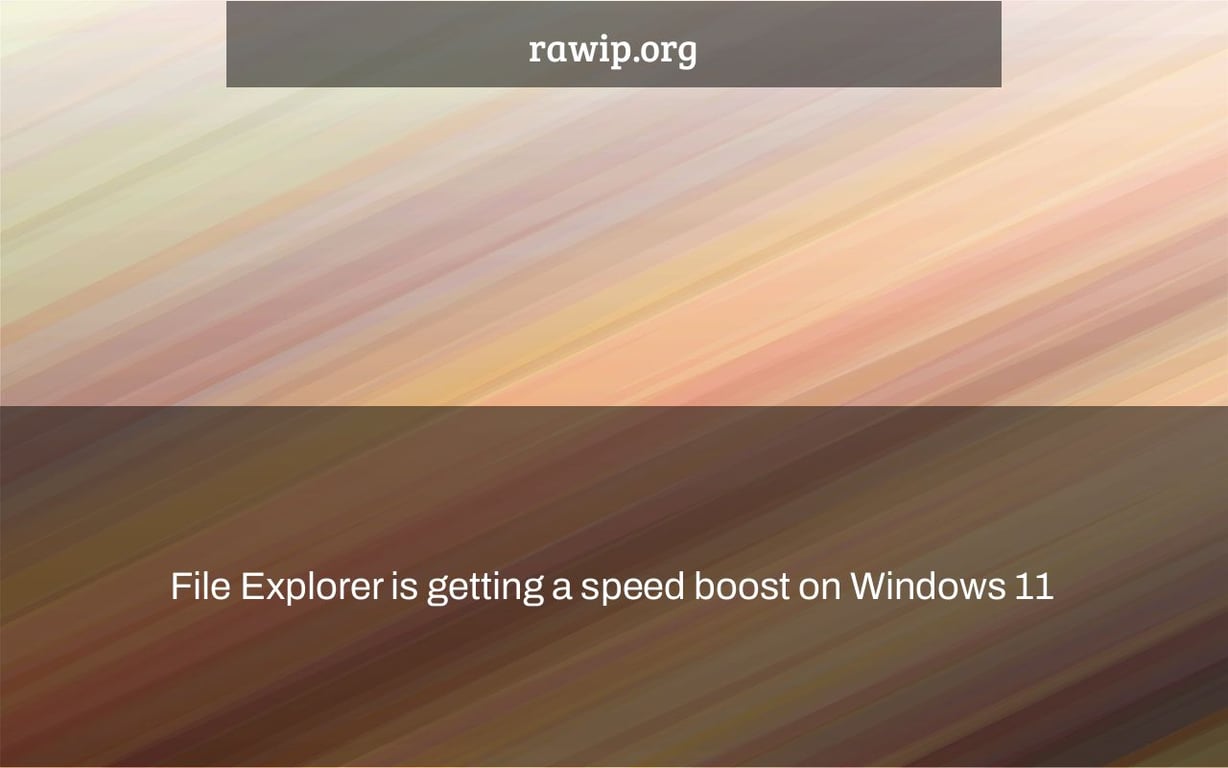 Microsoft has been working on a new feature for Windows 11 that would speed up the search function in File Explorer.

The Redmond-based software behemoth is presently exploring a new option and has enlisted the support of Windows Insider testers to help boost File Explorer’s speed on devices running the company’s most recent operating system.

With the new Windows 11 Build 22526 update, Microsoft seems to have addressed the flaws that plagued prior versions of the operating system and made File Explorer speedier on their next-generation operating system.

Is File Explorer working at its best?

Dealing with your computer’s contents, particularly if you have a lot of files on it, is frequently easier said than done, especially if you don’t know where to search for what you’re looking for. This is where the search tool in File Explorer comes in handy, as it makes it easier to find things on your device.

While the feature makes finding your PC simple, its speed may not be ideal, as Microsoft is striving to improve it in the next big Windows 11 release.

The problem is that every time you do a search, Windows re-indexes all of the previously indexed places. That makes sense since new files or system updates might occur without your knowledge.

However, this procedure takes some time. If you’re searching for a certain file and your computer is under a lot of stress or has a sluggish hard disk, the time it takes to locate it will be affected.

Even more enhancements have been included to the new Windows 11 Preview Build 22526. File Explorer will be able to index more locations from now on. This means you’ll be able to discover files quicker, and your whole experience will be improved.

From now on, there will be fewer crashes.

Microsoft has included a new function to File Explorer in Windows 11 as part of the update, which is aimed at boosting the entire experience and avoiding your PC from slowing down.

This is accomplished by making File Explorer more responsive to your operations and decreasing the amount of crashes that may occur while using the search box.

The last time File Explorer received an upgrade was for PowerToys add-ons to expand its capabilities, but with the performance bump, users will now be able to relax.

What are your thoughts on the new File Explorer enhancements? Leave a comment in the box below.

Why does Windows Explorer 11 take so long?

A: Windows Explorer is not a highly optimized program. It was written by Microsoft as the default file manager for Windows and its usage has been mainly unchanged since then.

How can I make Windows 11 faster?

A: We dont recommend that you do this, but some people have found success by changing the priority of their task manager. Simply right click on your Start Taskbar and select Properties. Under Task Manager select Advanced and then under Startup Actions select Set Priority or Normal for high-priority tasks

Does Windows 11 make your computer slower?

A: It is a common misconception that Windows 11 slows down computers, but in reality it does not. Microsoft has stated that Windows 10 will see the most system improvements and feature updates which makes sense as to why their newest operating system helped PCs run faster than ever before.

How to Import MBOX file to Office 365?