AMD’s new Radeon RX 6500 XT is a $299 graphics card with 8GB of GDDR5 memory, and will release on January 20th in New Zealand. The company revealed the cards specifications yesterday evening, including clock speeds up to 1630MHz for its GPU core and 5GHz refresh rate potential via DisplayPort 1.2 support at 120Hz over HDMI 2.0b. 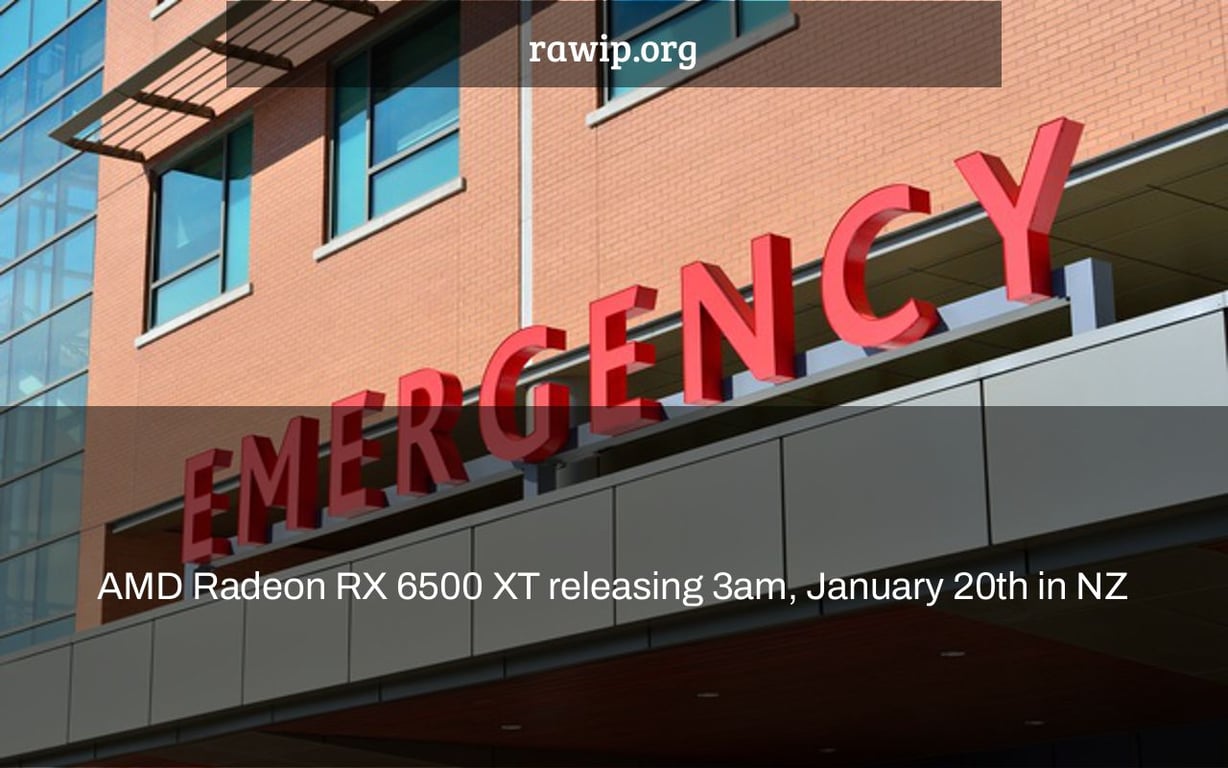 UPDATE: When the RX 6500 XT Graphics Cards are released, they will be available at the AMD Store.

The AMD team announced details for their new entry-level desktop graphics card, the RX 6500 XT, during the CES2022 event, and the first wave of new options from Sapphire, Asus, and Gigabyte are set to release on January 20th at 3am here in New Zealand, with more options from Powercolor and ASRock arriving later.

During the presentation, performance was compared to both the AMD Radeon RX 570 and Nvidia GTX 1650 in a range of titles including Apex Legends, Overwatch, Fortnite & CS:GO, with Fortnite showing a remarkable increase of 44% in their comparison.

During the presentation, a price of $199 was mentioned; assuming this is in USD, we get around $294 in NZD, and adding tax, we get our estimate of a $339 NZD release price; it will be interesting to see the price difference between the’reference RX 6500 XT model’ and the brand partner products that will be available for purchase. It’s difficult to find an older RX 570 to compare with, however the ASUS TUF Nvidia GTX 1650 is now available locally for $479 NZD incl, thus these cards might arrive around that price point. (Within a few days, we’ll know for sure!)

Now we’ll look at the RX 6500 XT Graphics Cards, which are scheduled to be released on day one!

Starting with the new ASUS TUF RX 6500 XT, we notice a fairly big 2.7 slot heatsink with dual-fan cooling, as well as a backplate that provides structural stability and protects the trace paths from unintentional damage. The TUF logo illuminates brightly and the power input is a single 6-pin. HDMI, DisplayPort, and DVI outputs are available on the ASUS TUF RX6500XT graphics card.

Sapphire offers a PULSE-style two fan cooler with an airflow gap on the backplate, similar to what we see on recent RTX choices. Sapphire’s specs will undoubtedly be remarkable, given that they are one of AMD’s exclusive partners. HDMI and DisplayPort outputs are available on the Sapphire PULSE RX6500XT graphics card.

While we don’t anticipate Powercolor’s version of the GPU to arrive in New Zealand on day one, those looking for the single fan version for a tiny gaming PC build will be anxiously anticipating the arrival of the Powercolor ITX RX 6500 XT graphics card, which is intended to fit! Despite its diminutive size, it still needs a single 6-pin power connector, which is located at the rear border. HDMI and DisplayPort outputs are available on the Powercolor ITX RX6500XT graphics card.

These are just a few of the new RX 6500 XT graphics cards available in New Zealand; check out the whole selection at AMD Store and stay tuned to the GGPC blog for more information!

The “rx 6500 xt where to buy” is a graphics card that will release 3am, January 20th in New Zealand. This graphics card is from the AMD Radeon RX series and has been released with a price of $169.

A: The AMD 6900 XT can be purchased now, while supplies last.

A: The AMD 6800 XT is a powerful graphics card that will give you good frame rates. It costs $329.99 at the moment, but prices can vary depending on where you shop and what deals are being offered.

A: The 6500xt is a very affordable upgrade that will make your gaming experience better. It typically costs about $300, but I could not give you an accurate price for the exact model to be purchased because each store sets its own prices according to demand and supply.

How To Do Underscore On Mac [Answered!]